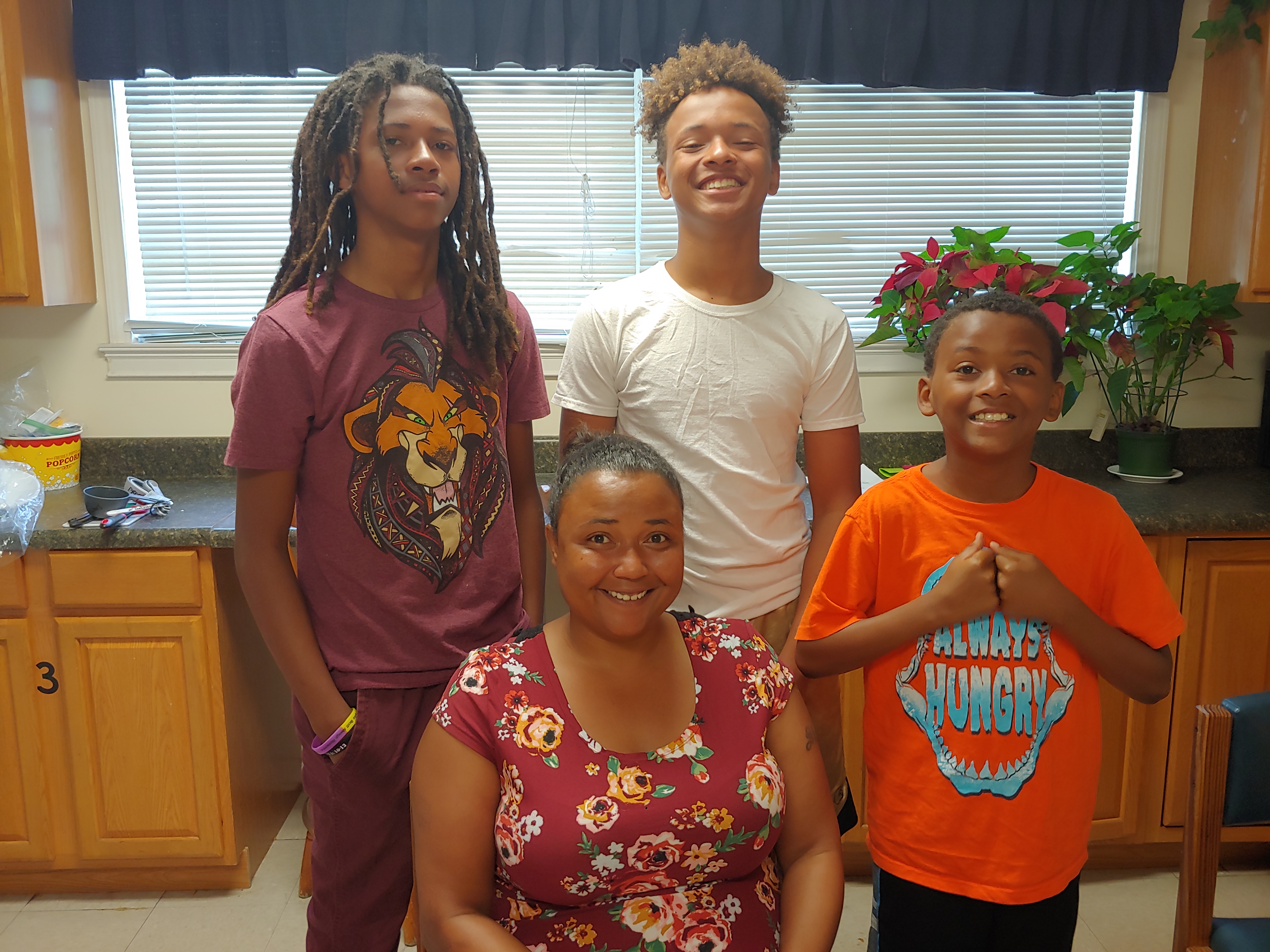 Photo of Shannon and her 3 sons

When life gets hard, you cling to the ones you love to get through. But when you find yourself homeless with your children, it can be that much harder to pull through those tough times.

Shannon Fox was going on vacation with her 3 sons, when she received a phone call that her house had burned down. With an insurance settlement and a job offer in California, she set out with her sons in hope of a fresh start, but the move presented challenges. The cost of living was expensive, so they began living in their car and on the beach among other homeless camps.

“We did a lot of beach bumming….we stayed in the car, but it was easier doing it there because there were showers on the beach and just a lot of people there that are already homeless that could help out, but there weren’t a lot of resources for families.”

After abruptly being fired from her job and with no other options, she made a move to the Atlanta, GA area, but when living arrangements fell through, they continued living in the car. Shannon found work at several temp agencies, but “with temp work, the assignments end so fast….and it was hard to get 2 months of consistent paychecks to prove that I can afford to be in a place.”

Eventually, Shannon called a resource number that led to the services of Union Mission’s Magdalene House. Shannon says that Magdalene House has allowed her to get access to proper mental healthcare, and access to referrals and resources she didn’t know existed before. “I just really want to thank the whole organization, but mostly Ms. Rachel, she’s been fundamental in getting me everything I need”, she says. With a potential job offer, she is excited for the possibilities to come. When asked about the future, Shannon says she sees herself and kids “in a home with their own beds, maybe a little garden.” To those facing a similar situation, Shannon says, “Don’t give up. Somebody will know something that will help you.”

Your donation can help someone just like Shannon rebuild their lives and leave homelessness behind. Your gift today can change lives and provide hope for a better tomorrow.