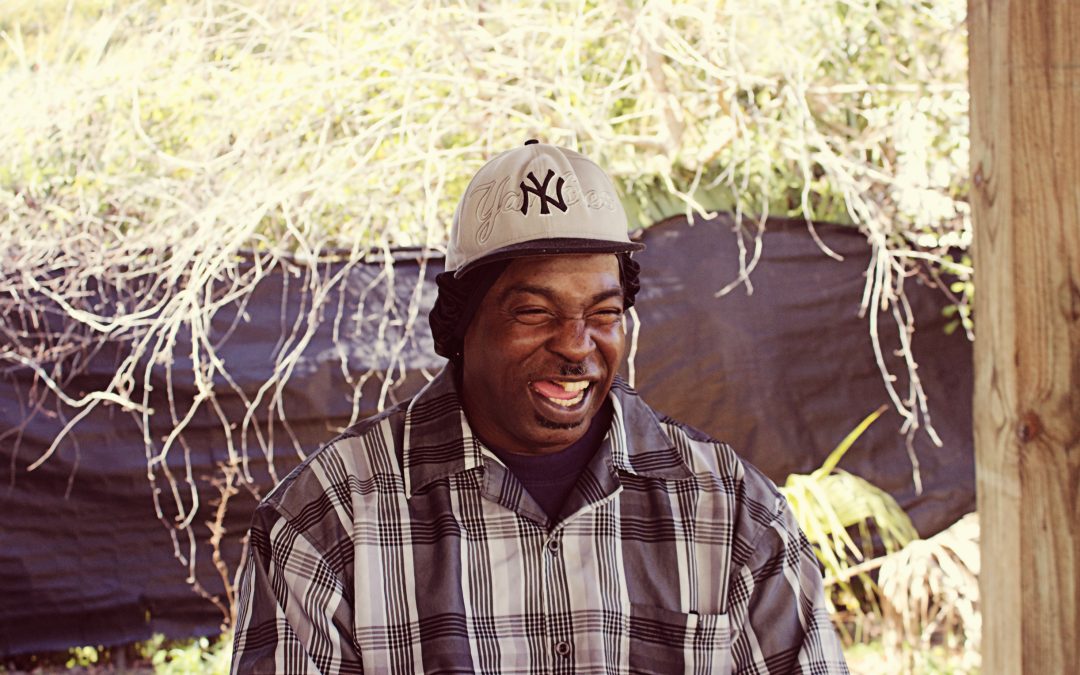 Stopping the cycle of drug addiction and incarceration takes strength and support. Fighting those battles while homeless takes determination. For Everett Moore, leaving behind homelessness meant a literal journey of miles to reach the help he so desperately needed.

Waking up after another night of drinking and using drugs, Everett knew he needed to change his life.

“Something just hit me that said ‘Man if you keep going on this way, you gonna end up back in prison,” he said.

Everett left Florida and headed to his stepmother in Folkston, Georgia. But, as Everett discovered, crime and drugs are everywhere. Soon he was drinking and using drugs again, his life just as hopeless as before his long journey.

“They took me to the Folkston, Georgia hospital,” Everett said. “My blood alcohol level was 2.4.”

The hospital in Folkston sent him to drug and alcohol rehabilitation in Savannah. After completing his rehabilitation, Everett knew he couldn’t go back to his family in Folkston or return to his life in Florida.

“I was through with that,” he said emphatically. “I was working my steps.”

Everett entered Union Mission’s emergency shelter for men, Grace House. The structure and the support of the 90-day program at Grace House helped Everett maintain his sobriety and provided him guidance when he was struggling to rebuild his life. Staying at Grace House gave Everett the tools to change his life for good.

“I work now at Benedictine Military School for Boys,” he said.

Everett’s journey took him from drug addiction and homelessness to full-time employment and a home. The skills he learned at Union Mission helped make his happy ending possible. Thanks to those who give generously to Union Mission, Union Mission can provide help to those like Everett who are still working to leave homelessness behind for good.