A Second Chance for a Mother & Her Sons: Donna’s Story 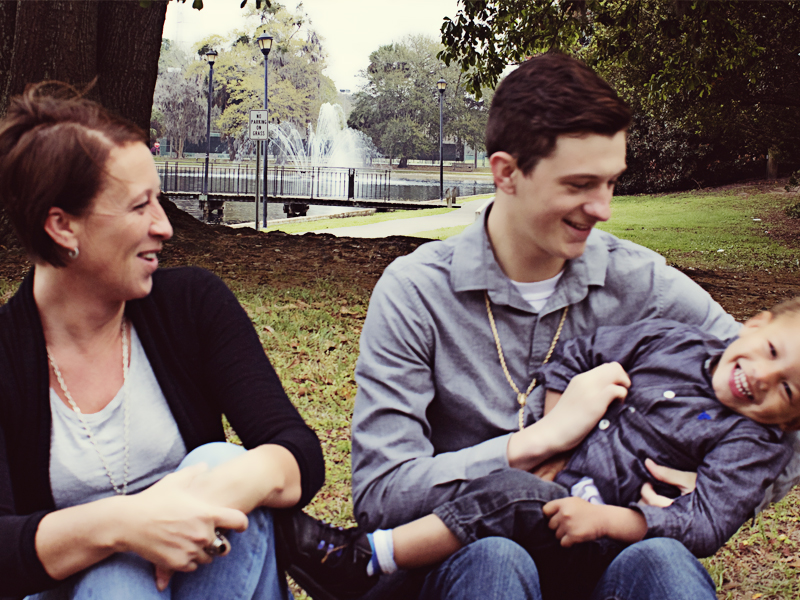 Rebuilding your life after years of drug addiction requires determination. When your decision to get clean leaves you and your children homeless, it can be hard to find hope for the future. But Donna, a single mother of two children, found the help and the hope she needed right here at Union Mission.

After 15 years of drug addiction. Donna entered drug and alcohol rehabilitation. Taking the chance the rehabilitation program offered meant leaving her old life behind. She and her two year old son were together in her residential treatment program but, after completing the program, they were homeless.

“When I came into this program, I was pretty hopeless,” Donna says. “I didn’t see the light at the end of the tunnel. I couldn’t even make sense of what these people were telling me – we’re gonna help you, it’s gonna be okay.”

Even while she was in rehabilitation, Donna was able to find help at Union Mission.

“I was fleeing a domestic violence situation,” Donna says. “So when I left, I left and I left everything. I came here with the clothes on my back and I wore them for a week straight.”

“I can’t express my gratitude for this program,” Donna says. “If this program wasn’t in place and I had to go back out in the world and I was homeless – I don’t think I could have stayed clean.”

After leaving rehabilitation, she reached out to Union Mission to help find permanent housing. Thanks to the Shelter Plus Care program, Donna and her sons found a safe, stable house where they could rebuild their lives as a family.

This is a second chance for me to be what I’m supposed to be, “Donna says, “and for them to be what they’re supposed to be because with me being in place and being a stable parent, because we have a home to come to, that opens a lot of doors for us, doors we hadn’t had before that.”

Donna says the support she received from Union Mission did more than just get her off the streets. By giving her tools she needed to help herself, Union Mission saved her life. That second chance at a better life is a gift, one that means more to her than she can express.

“It not only save people’s lives, it saves generations’ lives,” Donna says. “I can’t express how important that is to someone like myself because everyone deserves a second chance but we don’t always get it. This program makes that possible.”

Donna is working to be a peer mentor for those still struggling to leave their addiction and homelessness behind for good.

“I just want to give back, especially to women,” she says. “I want to reach out to those experiencing domestic violence, homelessness, and recovery because usually they go hand in hand. I want to put a face to my story and to show other women that it is attainable. It’s hard work but as long as you want it bad enough, you can get it.”

With the help of Union Mission, Donna and her family were able to leave homelessness behind for good. Thanks to those who donate generously to Union Mission, the support that Donna received is available to those still in need of a helping hand.