Getting Back on His Feet: Jerry’s Story 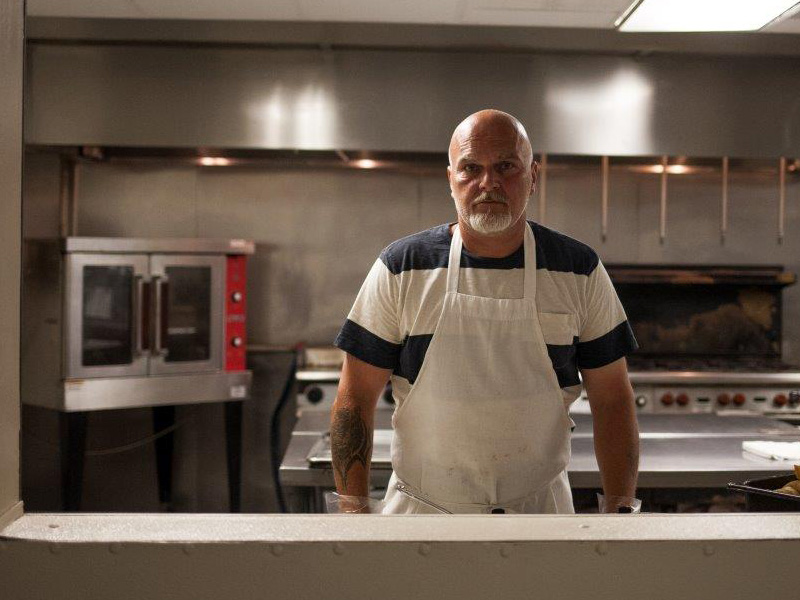 It isn’t always a long downfall to homelessness; sometimes it’s sudden. Your wife leaves, depression kicks in, a gambling problem develops, the bipolar disorder you were diagnosed with as a teenager becomes a problem again and when your car suddenly breaks down, you can’t afford to fix it. At least that’s the case with Jerry, a former antique shop owner and head of a recycling business from Frederick, Maryland.

One of Jerry’s friends offered to help him start over and with the help of a church, Jerry made his way on a bus to Savannah. But when he got here, his friend was nowhere to be found.

“I got down here and I was just stuck,” said Jerry. “No place to go, didn’t know anybody, not a clue about where I was at.”

After just one month at Union Mission, Jerry became a Resident Assistant (RA), taking on the responsibility of serving dinner and snacks to all of the residents. He finished his 90 days at Grace House, moved onto the Beyond Grace program and has started saving to buy a truck while working to get another recycling company started.

“That’s kind of been my whole goal in getting here: stabilize myself, get my health issues taken care, get a truck, and get back into business.”

Jerry is currently living at Beyond Grace, a transitional housing program that works to motivate residents to be more self-sufficient so they are able to move towards independent living on their own, and works as an RA at Union Mission’s Grace House.